Nothing is so painful to the human mind, as a great and sudden change

This little baby has an unbelievable yet very sad story that we came to know from some diaries found at a house explosion. 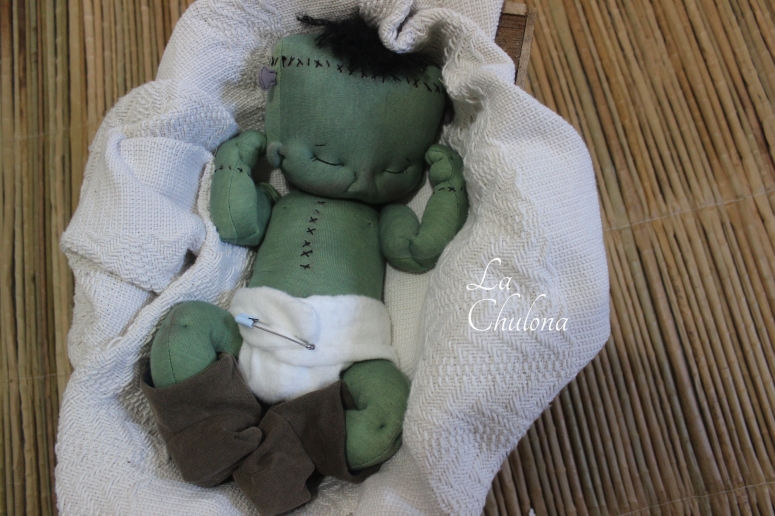 Francisco’s father and mother were two passionate scientists that decided to move to this town to study animals and nature. Francisco’s mother was pregnant and had him soon after they moved here. Unfortunately, Francisco passed away a couple of days after he was born. His parents were not ready to face this, so they used their scientific skills to revive him over and over again. They took him apart and rebuild him in a way where he could come back to life with just electricity.  Freaky right? Well, let me tell you Francisco is not freaky at all. He’s actually very sweet and loving. He does need to be recharged every night. He has two little metal knobs on his temples where you can connect him to a power source, something like the cables to jump start a car for example. After a couple of hours of being connected he goes back to life and is good for the rest of the day. This actually revives his brain and nervous system but his skin needs some care because it just doesn’t regenerate and that is why he has a rather greenish skin tone and so many mends here and there.

I haven’t told you the saddest part yet, well, one night while his parents were reviving him, there was an explosion and both his parents got electrocuted. We were close when this happened and we could hear the baby crying so we went in to save him. At first I thought his color was because of the ashes, then I tried to clean him up and noticed two screw like things coming out of his head, so I took him home before anyone else could see him. I later on went back to the house for some answers and found the diary where I learned this story. I didn’t take the diary because the house was part of an investigation. However, no one knows about Francisco, so he’s safe with us for now. He spends his days playing with V and Canela (our dog). He loves to be cuddled 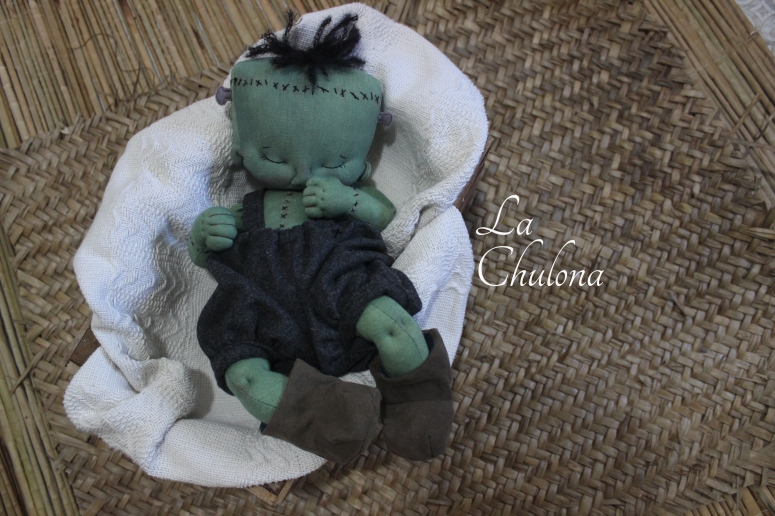 Francisco is a 15 inch lightly weighted baby boy art doll. He is NOT a natural fibers doll.  His skin is organic cotton interlock hand dyed to a grayish green color. He’s filled with soft polyester stuffing. He’s fully soft sculpted and anatomically correct. His face, black mohair yarn hair, and stitch marks are hand embroidered. His legs are string jointed and his head and arms are very floppy. You need to support his head, like a real baby.

Even though Francisco is here safe and happy. I would like him to have a better life with someone that maybe will be able to fix his skin, or find a better way to keep him alive for good. He’s always looking out the window and wanting to go play outside but I’m very scared to let him out. I don’t want people to see him and ask questions. I’m scared I’ll get in trouble for bringing him here. I play with him in our back yard a little every day but I try not to stay too long. I think Francisco deserves better and that is why he is for adoption.

Francisco will go home with:

All my babies come swaddled in a blanket.

If you would like to see a short video of Francisco getting dressed, you can see it here.

Francisco has found a loving home. Thank you so much!

I’ll send him sleeping, so you’ll need to recharge him when he gets to you 😉

Thank you so much for taking the time to read about this special baby boy.

Don’t forget to subscribe to our newsletter so you don’t miss future babies.

One thought on “Francisco, a baby brought back from the dead.”